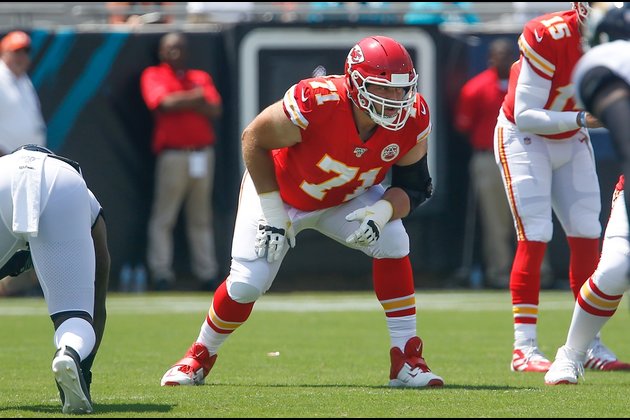 Schwartz posted pictures of himself in a hospital gown and face mask prior to the procedure on various social media accounts.

"Injury update: I'm getting surgery today," he wrote. "I was hoping to recover enough to get back for playoffs/Super Bowl but that didn't happen. It's time to address the issue. The recovery process isn't too long, which is nice. Looking forward to a healthy 2021!"

Schwartz, 31, had his streak of 134 consecutive regular-season starts end after leaving the Week 6 game against the Buffalo Bills with the back injury. It turned out to be season-ending even though Schwartz delayed surgery in case he could return for the postseason.

Schwartz played his first four NFL seasons with the Cleveland Browns (2012-15) before joining Kansas City as a free agent.

He earned first-team All-Pro honors with the Chiefs in 2018.

Kansas City lost 31-9 to the Tampa Bay Buccaneers in the Super Bowl earlier this month. The Chiefs had trouble protecting quarterback Patrick Mahomes in the contest with left tackle Eric Fisher (Achilles) and Schwartz both sidelined.