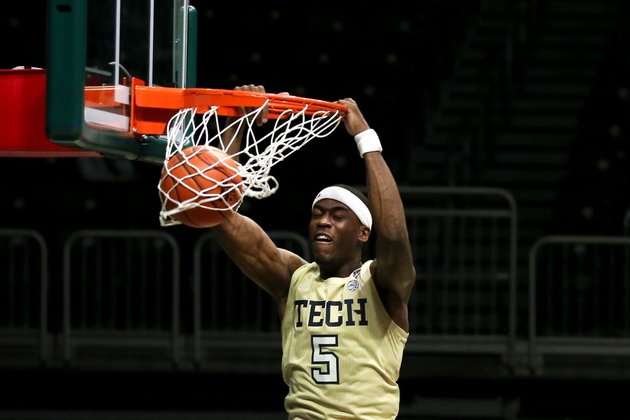 Two teams on the bubble will try to strengthen their case for the NCAA Tournament on Saturday afternoon when Syracuse visits Georgia Tech in an Atlantic Coast Conference contest in Atlanta.

The Yellow Jackets certainly strengthened their case with the win over the Hokies. It was their fourth win over a top-25 opponent this season - winning each game by double-digits and an average of 15.5 points -- and gave them back-to-back ACC road wins. It was Georgia Tech's first road win against a ranked team since they defeated No. 23 Miami on Jan. 28, 2015, to break a streak of 21 straight losses.

"Part of it is learning how to win," Georgia Tech coach Josh Pastner said. "At the beginning of the year we didn't know how to win. We're starting to do that. It's just a part of the team growing and getting better."

Georgia Tech's Moses Wright scored 26 at Virginia Tech, his most since scoring 31 in the season opener, and his most against an ACC opponent since he went for 33 in a 79-72 loss at Syracuse last February. Wright, who improved his average to a team-leading 16.8 points, has made 53.2 percent of his shots from the floor.

Alvarado (16.6 points) and Michael Devoe (14.6 points) both scored double figures against the Hokies. The Yellow Jackets are 9-1 when that happens.

Syracuse, which has won six of its last nine, got behind early against Duke and could not overcome an 18-2 run by the Blue Devils.

"We battled as hard as we could after that start," Orange coach Jim Boeheim said. "We have to work better together, find a way to get better movement on offense, and be more active on the defensive end."

The defensive inconsistency in the second half of the last two games is bothersome to Boeheim.

"Our forwards are not playing defense. That's the best way I can say it. They're not," Boeheim said. "It's hard to know that when you don't know the defense and you don't know what we're trying to do. ... I think a couple of guys are more interested in their offense and you can't win that way. You have to play better defense to win. Period."