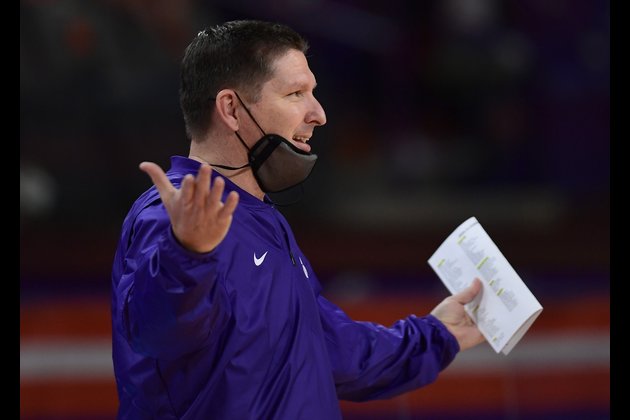 It was the fifth consecutive victory for Clemson, which pushed its record to 15-5 overall and 9-5 in the Atlantic Coast Conference.

Simms, who made 8 of 12 shots from the floor, is averaging 17.0 points and 7.2 rebounds in the Tiger's five-game winning streak.

Dawes came off the bench to record his season-high point total. He made 7 of 9 shots, including all four of his attempts from 3-point range.

Hunter Tyson added 10 points on 3-of-4 shooting from beyond the arc.

Clemson swept Miami this season, making 20-of-43 of its 3-point attempts combined in two wins against the Hurricanes. The Tigers improved to 10-1 this season at Littlejohn Coliseum.

Saturday's victory also marked the first time in 31 years that Clemson had gone undefeated in the month of February. The last time that happened (in 1990), Clemson won the only regular-season ACC title in program history.

Clemson was picked for a 10th-place finish in the 2021 ACC preseason poll.

The Tigers led 34-30 at halftime, then gradually extended that lead as many as 10 points to 54-44 midway through the second half. Behind the hot shooting of Wong, the Hurricanes closed to within three points at 57-54 with 5:16 remaining, but that was as close as Miami would get.

Nick Honor scored on a layup and Simms and Tyson added back-to-back 3-point baskets as Clemson regained a comfortable margin.

Wong made 10 of 18 shots from the floor, including 3-of-6 from 3-point range. Anthony Walker chipped in with 13 points and 10 rebounds.

The Hurricanes, who slipped to 7-6 against Clemson during coach Jim Larranaga's tenure, shot 44 percent from the floor and made 5-of-15 from 3-point range.