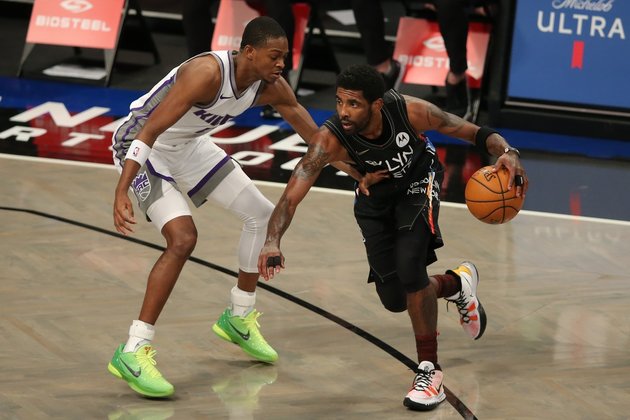 Brooklyn Nets guard Kyrie will miss Saturday's game against the visiting Dallas Mavericks due to a shoulder injury.

The Nets termed the reason for his absence as "injury recovery."

Irving is averaging 27.4 points, 5.9 assists and 4.7 rebounds in 24 games this season. He was recently named an All-Star starter, which will mark his seventh appearance in the game.

Irving recorded 27 points and nine assists in Thursday's 129-92 rout of the Orlando Magic.

Irving's absence comes with All-Star Kevin Durant (hamstring) ruled out of the lineup until after the All-Star break.

The Nets have won a season-best eight straight games entering the clash with the Mavericks.