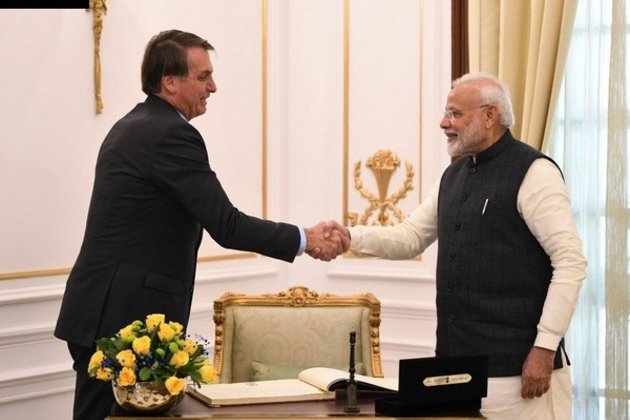 In another tweet, PM Modi said, "Congratulations President @jairbolsonaro on the successful launch of Brazil's Amazonia-1 satellite by PSLV-C51. This is a historic moment in our space cooperation and my felicitations to the scientists of Brazil."India and Brazil cooperate extensively in many areas, including space. The Space sector has been identified by the leadership of India and Brazil as a major area of collaboration.

The two countries signed a Memorandum of Understanding between the Department of Space, India and the Brazilian Space Agency (AEB) in March 2002 followed by a Framework Agreement in 2004. A Joint Working Group on Space has been constituted under the agreement. A meeting of the India-Brazil Joint Working Group on Space was held in January 2020 during which both sides identified priority areas for cooperation.

India and Brazil have been collaborating in data sharing and satellite tracking of Indian satellites on a semi-commercial basis. In 2007, an Implementing Arrangement for Cooperation in Augmentation of Brazilian Earth stations was signed, which allowed access to Brazilian ground stations to remote sensing data from the Indian satellites, including from Resourcesat-2.

Brazilian earth stations of Alcantara and Cuiaba are being used by ISRO to receive and process data of Indian Remote Sensing satellites. They have also been provided tracking facilities to Chandrayaan - 12 and ASTROSAT. Two officials from Brazilian Space Agency (AEB) participated in ISRO'S 'UNNATI' (UNispace Nanosatellite 4 Assembly and Training by ISRO), an 8-week long training programme on nano-satellite building.

Apart from bilateral cooperation, both countries are also working closely under the BRICS framework. BRICS is currently discussing a proposal for 'BRICS Virtual Constellation of Remote Sensing Satellites' in order to establish a mechanism to share remote sensing satellite data.

India and Brazil are strategic partners which share a close and multifaceted bilateral relationship. The two countries also cooperate in multilateral fora such as UN, including G-4, other UN bodies, as well as plurilateral fora such as IBSA, BRICS, BASIC and G-20. (ANI)